Eugene Alcalay (1966-2019) wrote the “Seven Pieces for Piano in memory of Leonard Bernstein” in March1991 , while studying for the MM in composition with Milton Babbitt at The Juilliard School in New York. Eugene described them as “a collection of short character pieces in the traditions of Brahms’ Intermezziand Mendelssohn’s Songs without Words” which “feature a neo-Romantic, chromatic style reminiscent of Alban Berg”. This style, which remains tonal while mostly eluding traditional keys, is very different from that of Babbitt, who taught by asking questions and encouraging students to develop their own ideas rather than expecting them to imitate his serialist methods. 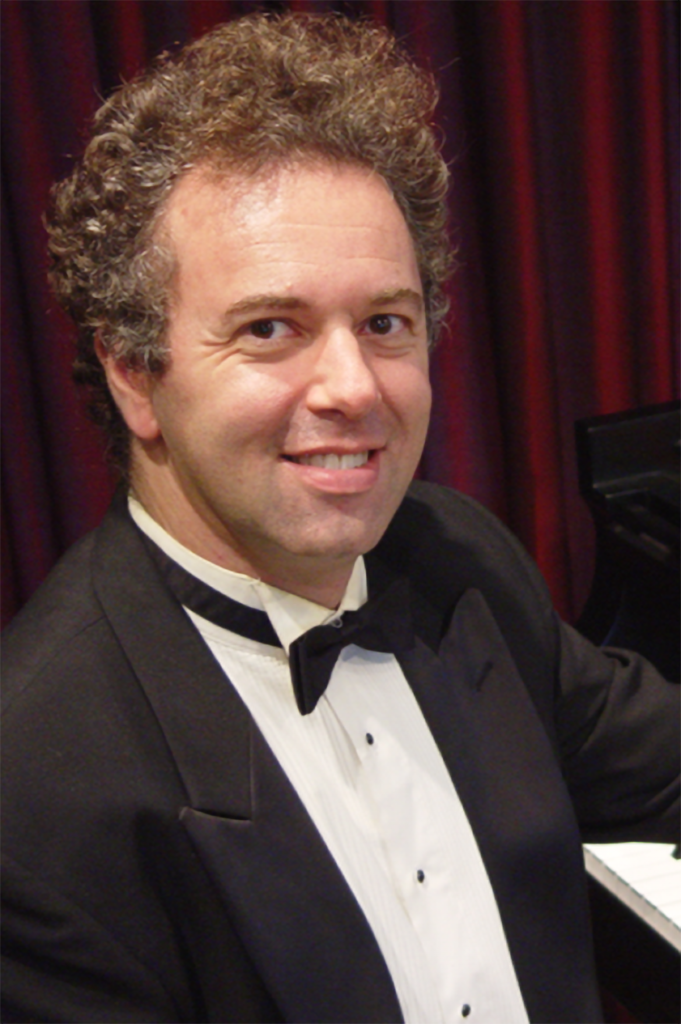 Born in Bucharest, Romania, to non-religious Jewish parents on October13, 1966, Eugene began playing the piano at age two and composing at age eight. In 1984 he came under the tutelage of the famous composer-conductor Leonard Bernstein, who praised his “outstanding talent as both a performer and composer.” Eugene became the first recipient of The Leonard Bernstein Scholarship for gifted young musicians at Indiana University School of Music, where he earned bachelor’s degrees in both piano and composition. Aided by Maestro Bernstein, Eugene continued his studies at The Curtis Institute of Music in Philadelphia and The Juilliard School, where he attained master’s and doctoral degrees in piano performance. His teachers included Seymour Lipkin, Robert McDonald, Karen Shaw, James Tocco, Milton Babbitt, and Ned Rorem.

While at Juilliard, Eugene became a Christian through the ministry of Dr. Tim Keller; he was baptized at Redeemer Presbyterian Church in New York City by Pastor Fred Klett in 1999. From that time forward he dedicated his life and musical work to his Lord and Savior. He wrote, “I learned that the arts, including music, come from God: we can create and experience beauty because we are made in the image of the divine Creator. Even non-believers may have great musical talent only by God’s common grace. My abilities as a Christian musician are given me to use for the glory of Jesus Christ. Therefore, I try to serve my students, colleagues, and audiences by sharing those gifts with them. I understand that faithfulness to the Lord requires the utmost integrity and fidelity to the musical score – my aim is to convey the composer’s intent rather than show off my individuality.” He became a member of Grace Community Church in 2016 and played once at services in January 2017.

Eugene’s performance career took him to five continents; United States venues included Alice Tully Hall and Carnegie Hall (Isaac Stern Auditorium). He spent summers at international music festivals such as Tanglewood, Taos, Kneisel Hall, and Ravinia. In 2003 Eugene became a Fulbright Scholar, teaching for a semester at the Universidad Nacional Conservatory of Music in Bogota, Colombia; in 2005 he joined the prestigious roster of Steinway Artists. His CD, Lyrical Liszt, released in 2008 by the Partita Records label, was praised for “poetry, sensitivity…admirable tonal variety…[and] beautiful playing throughout” (EPTA UK). He held full-time faculty positions at Geneva College, Pennsylvania (1999-2005), The University of Wisconsin-Platteville (2005-2015), and finally Azusa Pacific University (2015-2019). He was also on the piano faculty of the MasterWorks Festival (2002-2018), and the Crescendo Summer Institute in Hungary (2015-2017). An active member of the American Liszt Society since 2011, he co-founded its Southern California chapter in 2016 and served as its first president.

In 2003 Eugene married Ruth Elisabeth Mayers; their only daughter, Juliet Sharon, was born in 2016. He loved being a husband and father, and used his piano skills to lead his family in worship. He also enjoyed reading, swimming, hiking, cycling, and travel. In May 2019 he set off on a six-week trip around the world, during which he played and/or taught in France, Romania, and China. Shortly after his return, the Lord used a sudden heart attack to bring Eugene to glory on June 26, 2019.